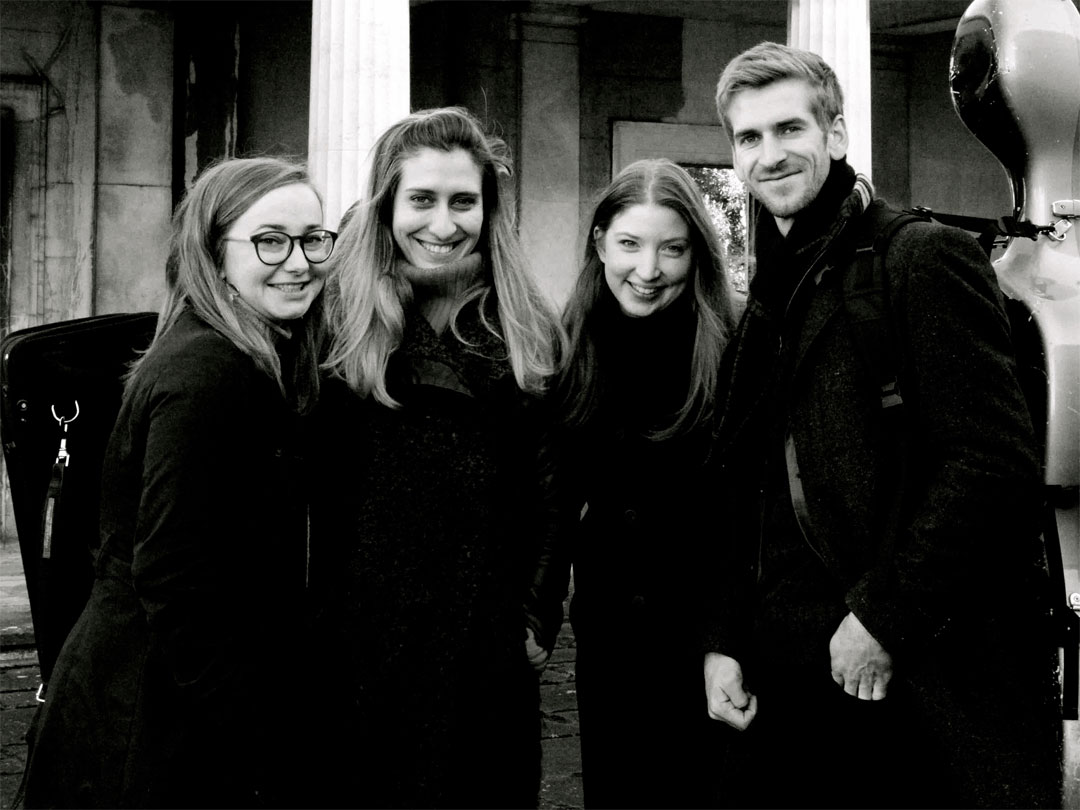 Recently selected as BBC New Generation Artists, the multinational Consone Quartet came together at the Royal College of Music in London with the aim of exploring the classical and early romantic repertoire on period instruments. The quartet’s success at the finals of the York Early Music International Young Artists Competition brought them the EUBO Development Trust prize and a place on the prestigious European Eeemerging Ensembles programme, led by the Centre culturel de recontre d’Ambronay with six other early music festivals across Europe.

Recent highlights for the quartet include an acclaimed debut at London’s Wigmore Hall, performances at King’s Place, St Martin-in-the-Fields, and the Cheltenham, Lammermuir, Buxton and King’s Lynn Festivals. They are rapidly gaining international recognition, performing in France, Germany, Austria, Bulgaria, Slovenia, the Czech Republic, Belgium (AMUZ in Antwerp), Italy and Switzerland. In spring 2018, they toured in South America, performing throughout Bolivia and Peru.

The Consone Quartet’s debut CD, featuring music by Haydn and Mendelssohn, was released on the Ambronay Label in October 2018 and was followed by a London launch hosted by the Royal Over-Seas League and a tour of the North of England and Scotland. The disk has received a number of glowing reviews.

Members of the quartet regularly play with other ensembles and orchestras, and as soloists in their own right. (See their individual biographies at the links above.) As a quartet, they also collaborate with other musicians, such as the Fitzwilliam String Quartet, members of the Hanover Band, Mahan Esfahani, Gillian Keith, Jane Booth, Ashley Solomon, and Colin Lawson. They participated in the “Brighton Early Music Festival Live!” mentoring scheme and in a number of Chamber Studio masterclasses at King’s Place, London. In 2018 the group were selected to become a Concordia Foundation Artist.

“The textures were always clear and voice-leading immaculate.”