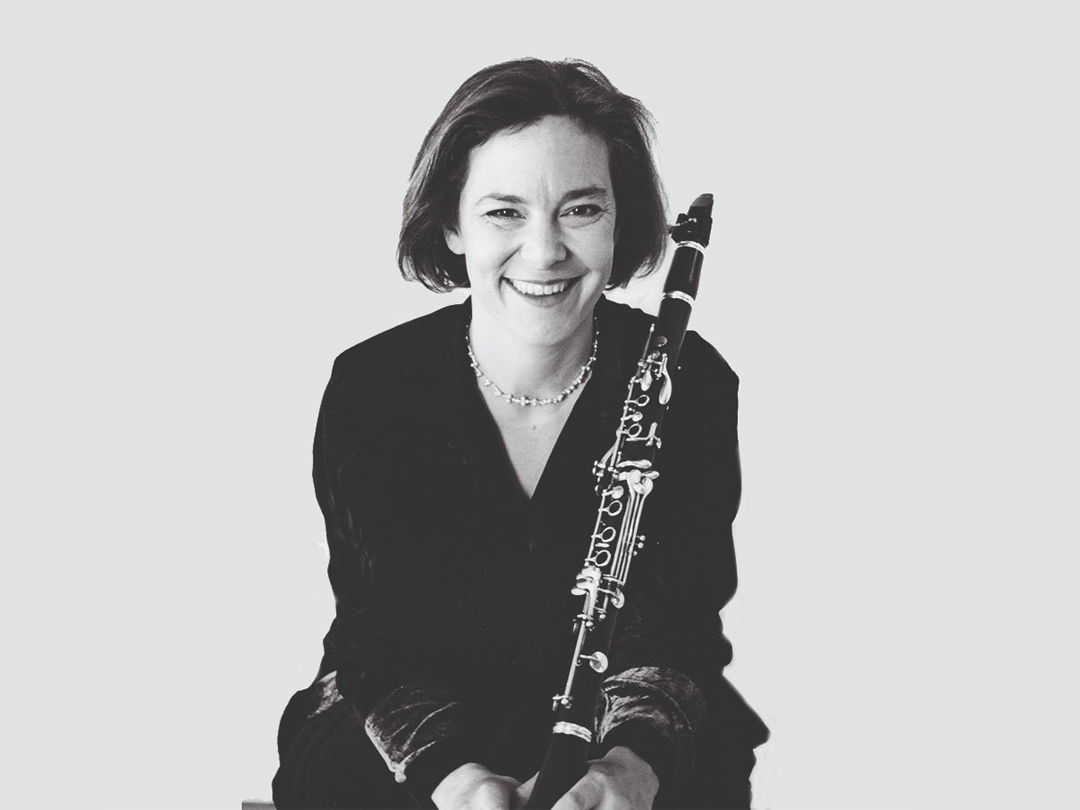 Fiona Cross is one of the leading clarinet players of her generation. She combines chamber music with a solo career and playing guest principal clarinet with all the leading British orchestras. She is principal clarinet of the Manchester Camerata and joint principal clarinet of the Brighton Philharmonic Orchestra. She has performed concertos with the London Philharmonic Orchestra, the Bournemouth Sinfonietta, Manchester Camerata and the English Sinfonia. She has performed chamber music with various ensembles including the Vanbrugh and Alberni string quartets, Kegelstatt Trio, New Music Players, LPO Ensemble and Adderbury Ensemble. She was also invited to perform chamber music with Andreas Schiff at his festival in Weimar.

Fiona has recorded the Lefanu Concertino for Naxos, the Horovitz concerto for Dutton, the Simpson clarinet quintet for Hyperion and a virtuoso CD of clarinet and harp music for the Dinmore label. She takes a keen interest in promoting new music, and has commissioned many new works for clarinet and piano and clarinet and harp. She has given many recitals in all the major venues in Britain, including London’s South Bank Centre, as well as performing in many of the established music clubs and festivals. She is a professor of clarinet at Trinity College of Music, London.

Formed in 1986 by a group of the UK’s finest young freelance musicians, the Adderbury Ensemble have always had a flexible line-up, mixing and matching different players to deliver performances primarily as quartets, quintets or small chamber groups and occasionally adding further instruments to play symphonies and concertos by the likes of Haydn, Mozart, Beethoven, Mendelssohn or Brahms – with or without a conductor.

Everyone who performs as part of the Adderbury Ensemble is an eminent instrumentalist, usually a principal player with one or more of the leading orchestras of Europe. From their early years playing Sunday evening concerts in the beautiful village of Adderbury in north Oxfordshire, the group have gone on to develop a global reputation. They perform regularly throughout Britain and other European nations, and played their first concerts in the United States in Spring 2016. They also helped found the world-famous Oxford Coffee Concerts at the Holywell Music Room, the oldest purpose-built music venue in Europe.

The Adderbury Ensemble have released ten recordings in their own right since their first CD was released in 1997, and individual members have recorded many more, either as soloists or as members of other groups.