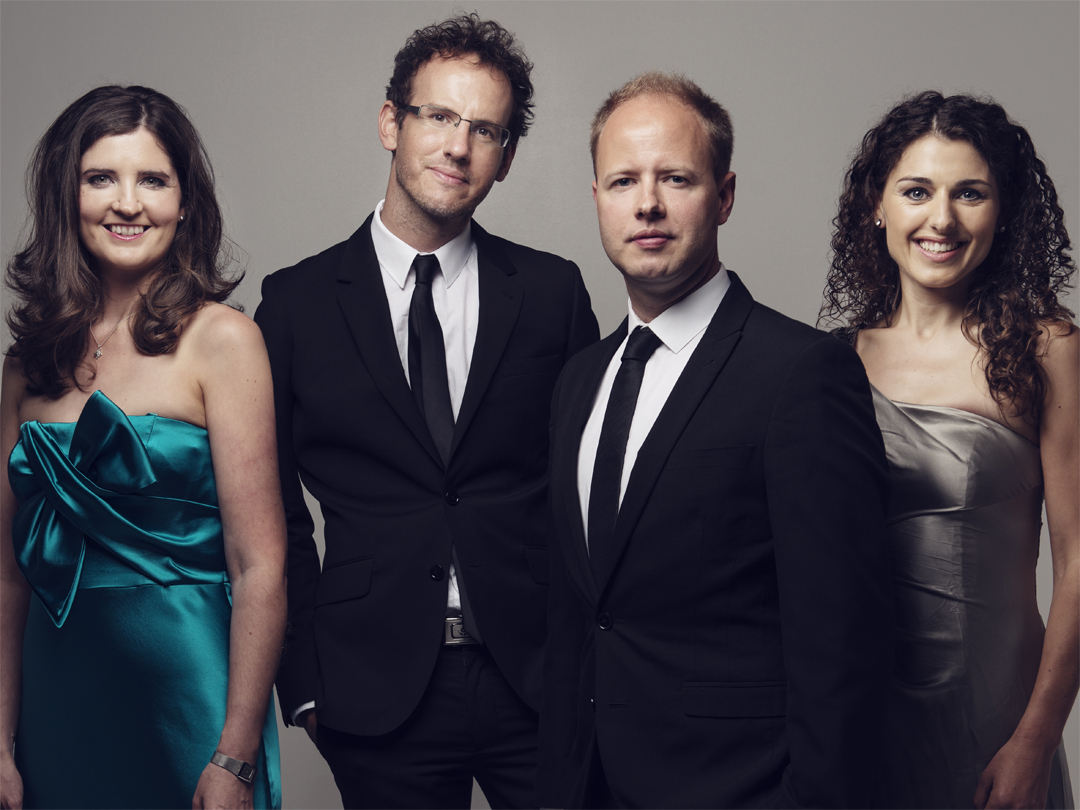 Described by The Strad as presenting “a masterclass in unanimity of musical purpose, in which severity could melt seamlessly into charm, and drama into geniality”, the Carducci Quartet is recognised as one of today’s most successful ensembles. Performing over 90 concerts worldwide each year, the quartet also run their own recording label, Carducci Classics; an annual festival in Highnam, Gloucester; and have curated their own Carducci Festival in Castagneto-Carducci, the town from which they took their name.

2015 saw the quartet present the complete catalogue of Shostakovich’s String Quartets across a number of international cycles to commemorate 40 years since the composer’s death. The project was accompanied by a recording of quartet’s number 4, 8 and 11, their second disc for Signum Classics. Further to this, the quartet toured Germany, Holland and Colombia and collaborated with guitarist Craig Ogden, clarinettist Emma Johnson, cellists Guy Johnston and Christian-Pierre La Marca.

Highly celebrated for their interpretation of contemporary repertoire, the Carducci Quartet is regularly invited to perform new works. They presented the world premiere of Anthony Gilbert’s cello quintet, Haven of Mysteries with Guy Johnston, and curated two projects at Kings Place, London around Steve Reich and Philip Glass.

2013 saw the release of two recordings: Into the Ravine with Nicholas Daniel, their debut release for Signum Classics, featuring British works composed for the ensemble, and Alexander Raskatov’s Monks Music, listed as one of the top 5 classical recordings of 2013 by the Irish Times. The quartet has also received wide critical acclaim for recordings on their own record label, and their catalogue features two world premiere recordings: works by G Whettam (“recording of the month”, MusicWeb International) and J Horovitz (“beautifully crafted works…excellent performances”, BBC Music Magazine). They have also recorded Vivaldi and Piazzolla with the Katona Twins Guitar Duo for Channel Classics, as well as Philip Glass for Naxos.

“…a performance of supreme clarity, focus and precision.”

“…playing of constant variety, a masterclass in unanimity of musical purpose.”

“…technical rigour, penetrative musical insight and lively yet unified individualism… winning in every sense of the word…”